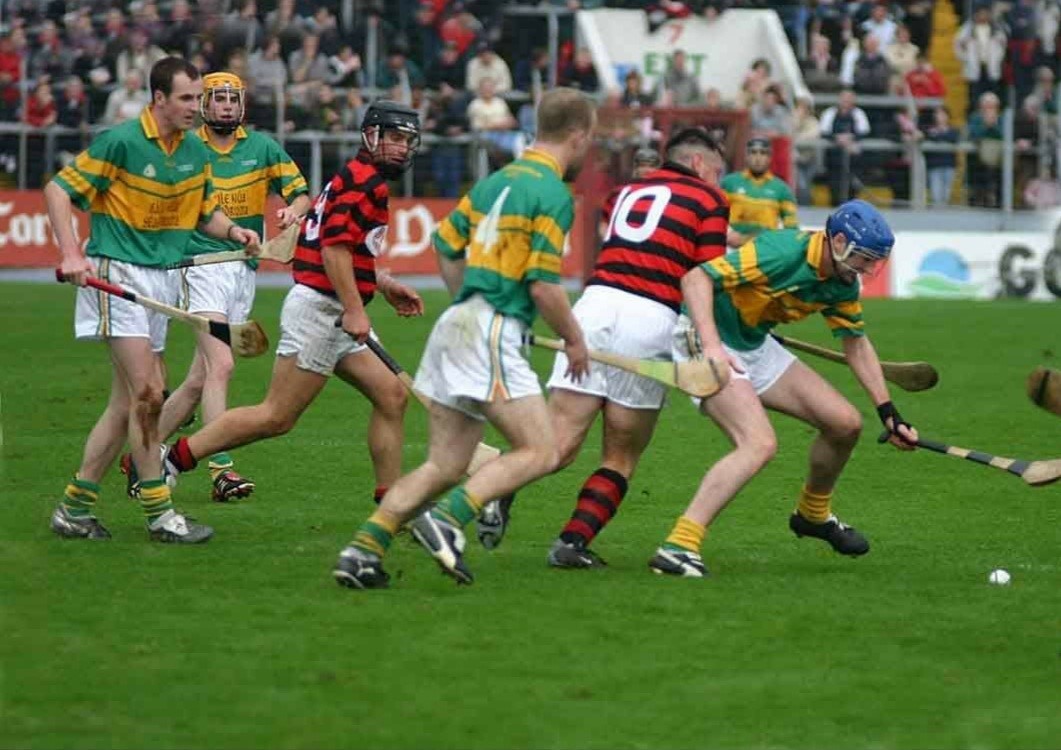 Published: about 2 months ago

2005 saw Newtownshandrum take their 3rd Senior title in 6 years with a comfortable victory over Cloyne.

Click on the link below to view the action: 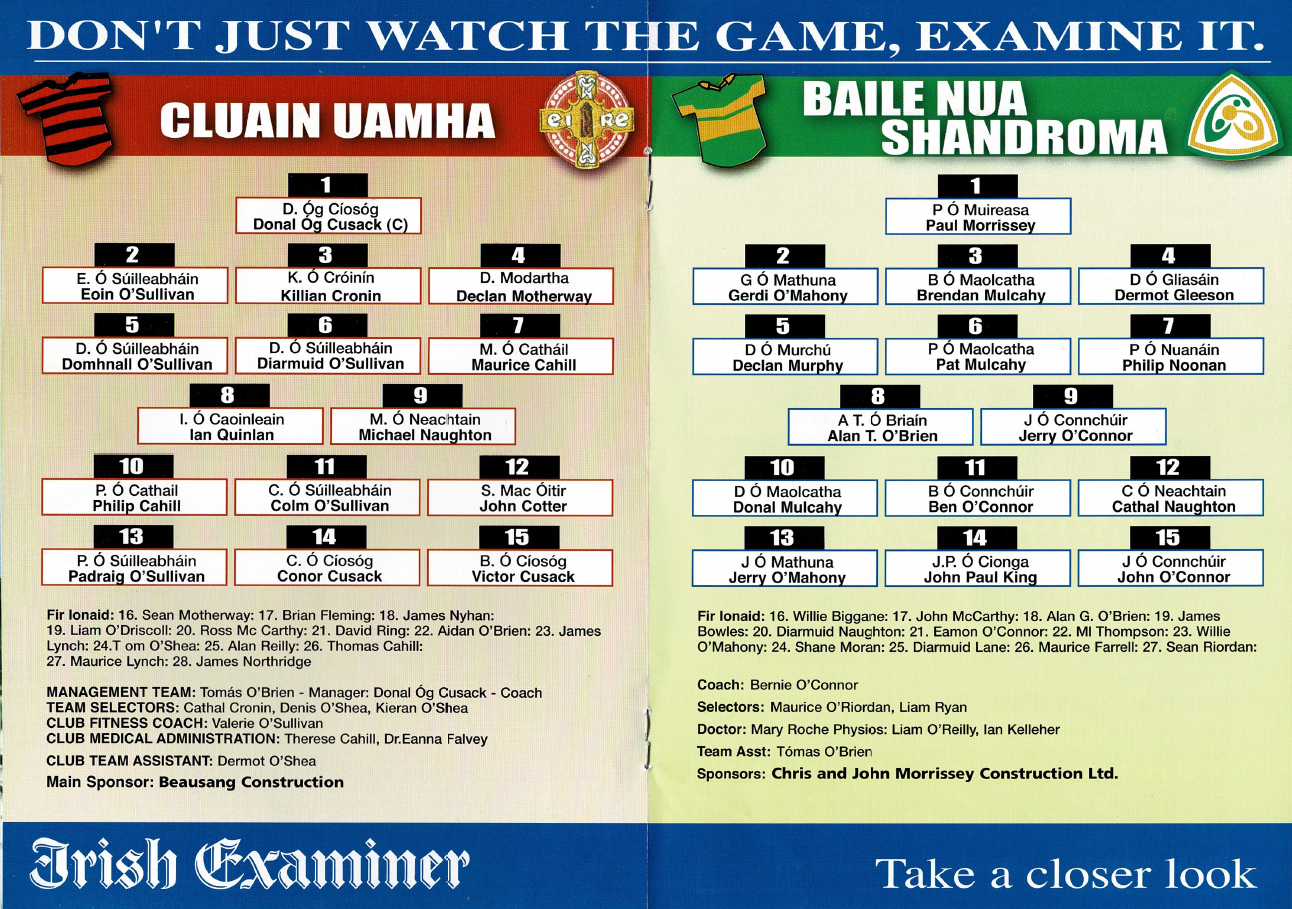 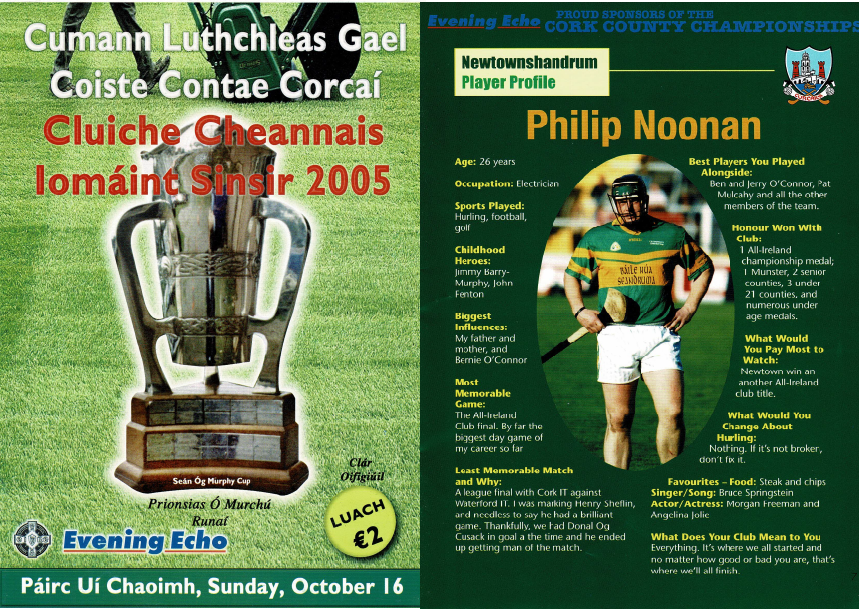 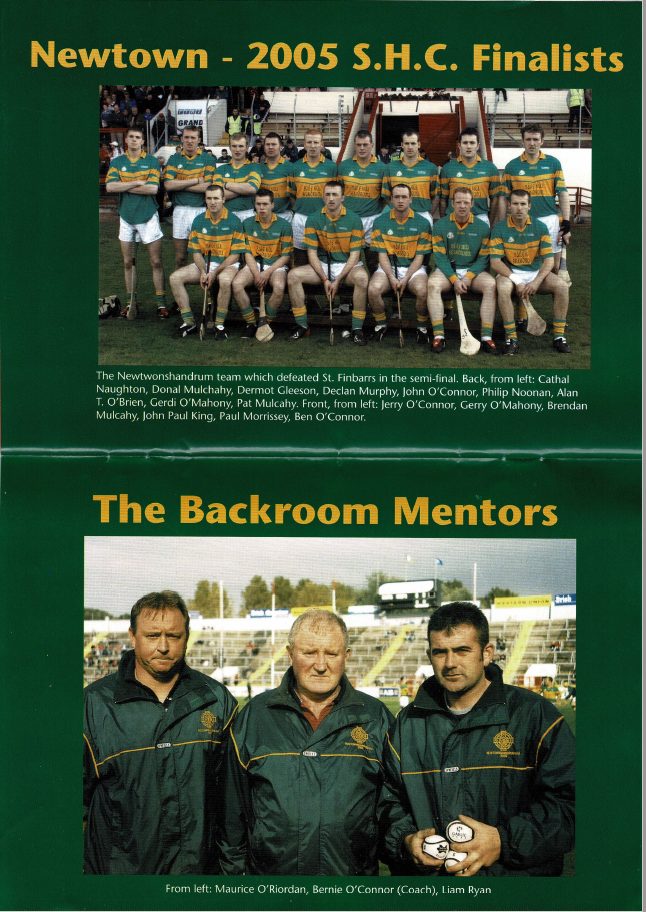 Newtownshandrum swept to their third Cork hurling championship title in six seasons with a deserved victory in a disappointing final in front of 18,246 spectators at Páirc Uí Chaoimh yesterday.

It was more heartbreak for Cloyne, who lost last year's decider as well. After a bright opening they faded as Newtown claimed eight unanswered points in a 15-minute spell in the first half. Having been 0-3 to 0-2 in arrears after 10 minutes Newtown pieced together some breathtaking combination play as they found the range from all distances and angles.

There was little indication of what lay in store, but once Ben O'Connor and Cathal Naughton began to influence proceedings Newtown pulled well clear.

O'Connor played at right corner forward and didn't touch the ball for 17 minutes. Yet his opening contribution yielded a superb point to add to others from Donal Mulcahy and impressive midfielder Alan T O'Brien.

Just as significant was Naughton, the 19-year-old former Ireland underage soccer international who spent two years at Nottingham Forest. Operating at left wing forward Naughton showed why he seems certain to be part of John Allen's Cork plans next year.

He fired over three first-half points off either side, with his final score five minutes from the interval the pick of the bunch. In textbook Newtown style, man-of-the-match Pat Mulcahy worked the ball intelligently from defence, passing to Jerry O'Connor, who in turn fed O'Brien before Naughton split the posts from 60 metres.

And when John Paul King scored a couple of minutes later Newtown had pulled 0-10 to 0-3 in front. Cloyne didn't add to their tally for 18 minutes, Midleton CBS student Paudie O'Sullivan pointing a free.

Cloyne took an age to return for the second half, trailing by 0-11 to 0-4 and clearly feeling the wrath of captain and trainer, Donal Óg Cusack. They switched out-of-sorts Diarmuid O'Sullivan from centre back to midfield to keep an eye on Jerry O'Connor and moved substitute Liam O'Driscoll to fill the void.

The changes worked for a while. Cloyne scored three points without reply, Paudie O'Sullivan getting two from frees and Victor Cusack another from play.

It was now a four-point game and the neutrals craved a Cloyne goal. It never came.

Newtown's Mulcahy was magnificent at centre back in a tight defence and at the other end Ben O'Connor took the sting out of their opponents' challenge with the next three scores, two from frees and a third from play, to make it double scores, 0-14 to 0-7, with 12 minutes remaining.

Cloyne kept battling away. Points from the O'Sullivans, Colm and Paudie, reduced the advantage. But Newtown had the final say with King's injury-time point to seal the title.

Shandrum minor panel made a presentation of Skipping Ro...